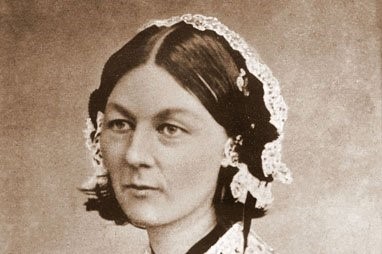 We all know of Florence Nightingale as the most famous nurse in modern history — but her other legacy is in the coronavirus data we use today. She was born on the 12th of May 1820 so this week’s newsletter pays tribute to her and her remarkable contribution to healthcare.

A little-known fact about Florence Nightingale is that, as well as a nurse, she was also a statistician, designer and social reformer. In fact, many great innovators throughout history have been polymaths. That means that they are good at a variety of different things and have expertise in multiple domains. Leonardo da Vinci (probably the most famous polymath) was an artist, engineer, architect, astronomer, cartographer, and the list goes on. Edgar Allan Poe best known for his contribution to literature was a brilliant physicist and cosmologist – well ahead of his time. Hedy Lamarr, famous movie star and screen goddess of the 1940s, was an accomplished mathematician, scientist and inventor whose pioneering endeavours in wireless communications paved the way for Wi-Fi, Bluetooth, GPS and mobile phones. Her work was not widely known for decades.

Florence nightingale was a trailblazing intrapreneur and an innovator! She challenged the status quo, redesigned hospital layouts, fought hard for changes to established practices in healthcare and in so doing changed the world, shaped the future of her profession and saved countless lives.

She was one of the first people to understand the importance of accurately gathering, recording, standardising and interpreting data as an essential tool in fighting disease. Her efforts revealed that during the Crimean war, disease killed seven times more soldiers than did combat.

Just as important, was her skill in representing that data visually through graphics, in a way that was easily comprehensible. The British parliament may not have adopted her reforms had she presented them with just tables and numbers as was the convention of the day. Her skills in data design contributed to her compelling and persuasive arguments for innovation.

Today in a Covid-19 world we take data modelling for granted. We’ve all seen and understood the familiar curves of different amplitudes which result from different courses of action.

We can thank Florence Nightingale not just for her contribution to better healthcare practices but also for the way health data is COMMUNICATED and COMPREHENDED. We owe much to this remarkable innovator.

2020 is the International Year of the Nurse and Midwife – in honour of the 200th anniversary of the birth of Florence Nightingale. At the time of making that decision, little could the World Health Organisation have known just what would be asked of nurses in 2020! It was indeed a prescient decision. We are grateful to all our frontline healthcare heroes. Thank you for your service.

If Florence Nightingale was around today – I wonder what she would say about how we are handling the pandemic.

Join the Global Intrapreneurs Institute to build your skills as an intrapreneur and position yourself for the future.

Build your organisation’s innovation capacity right now when it is needed the most! Uncover the hidden innovation talent in your workforce and harness it to skyrocket team effectiveness, create new products and transform customer experience through innovation. Visit Swarm Vision or reach out to me if you’d like to know more.