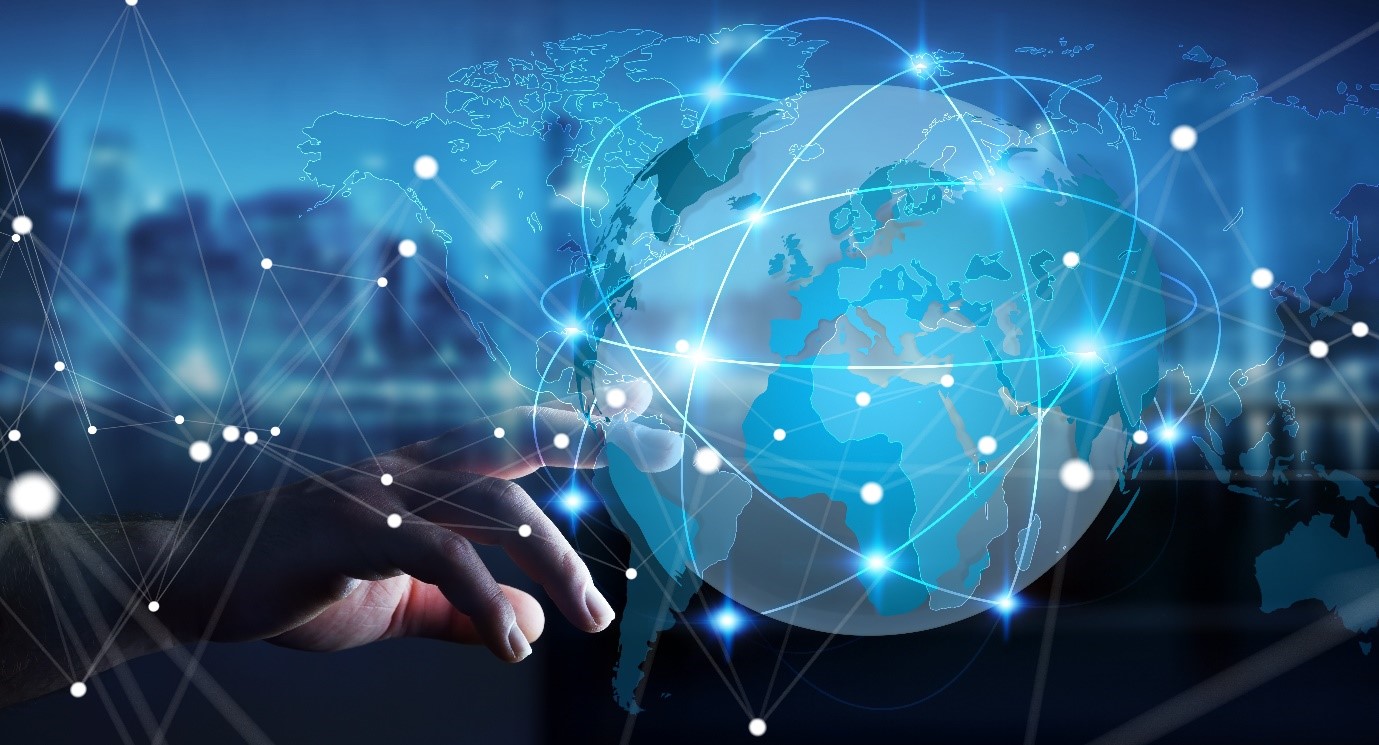 Recently, one of the long-term subscribers to my newsletter sent me an email suggesting the above topic for a newsletter. He had been reading “Antifragile: Things That Gain from Disorder” by Naseem Nicholas Taleb and was struck but the key role that intrapreneurs play in helping organisations to embrace antifragile principles in times of uncertainty and complexity – LIKE RIGHT NOW.

I was delighted that he reached out to me and I immediately suggested that we collaborate on the article and write it together. This is the result. I thank him for being prepared to share his personal story with me and all those who read this newsletter.

So, I say thank you to Brett Watkin, the ‘ideas man’ from Brisbane company Innov8Me!

Firstly, let’s make sure we are all on the same page – what do we mean by WICKED PROBLEMS, ANTIFRAGILE and INTRAPRENEURIALISM?

WICKED PROBLEMS are called as such, not because they are akin to being evil, but they are difficult and complex in that they have many moving parts and no clear cut right or wrong answers. Solving one part of the problem is likely to create an unforeseen outcome or potential problem somewhere else. COVID-19 is the archetypal wicked problem. There is no one right way of dealing with it. (Think about how so many countries across the globe have approached it differently with varying success). Solving one problem creates another one – going into lockdown isolates the disease and reduces infection rates, but increases economic disruption, unforeseen unemployment, mental health issues and uncertainty.

ANTIFRAGILE is best described by the creator of this term Nassim Nicholas Taleb in the following way.

“Some things benefit from shocks; they thrive and grow when exposed to volatility, randomness, disorder, and stressors… [they] love adventure, risk and uncertainty. Yet, in spite of the ubiquity of the phenomenon, there is no word for the exact opposite of fragile. Let us call it antifragile. Antifragility is beyond resilience or robustness. The resilient resist shocks and stay the same; the antifragile get better. Antifragility has a singular property of allowing us to deal with the unknown, to do things without understanding them— and do them well.”

Taleb has summarised this term from his experience as a scholar, mathematical statistician, former options trader and risk analyst, who understands randomness, probability, and uncertainty.

INTRAPRENEURIALISM is the act of being entrepreneurial while working inside a business or organisation. Rather than starting their own venture, Intrapreneurs implement innovation initiatives from inside the organisation. Seventy percent of society’s most transformative innovations come from INTRAPRENEURS.

After more than two decades working in emergency services in the Queensland Government, Brett’s own exposure to volatility, randomness, disorder, risk and uncertainty at ‘the coalface’ of work culminated with a very unwanted bout of acute PTSD. The condition left him empty, broken beyond fragile, very sick and directionless. He admits in hindsight he felt like a spectre in the halls of his own family home – merely existing in the shadows.

“I tried to bounce back but I didn’t, so I ruminated and waited for other ‘professionals’ to fix me – to show me how to rebuild my resilience. What I discovered along the way was that ‘I’ was the person who knew me best. I needed to take ownership of my state of affairs, identify my disempowered situation and flip it into something more empowering. I needed to learn antifragility, even though it didn’t exist in my vocabulary back then, I knew I needed something more than the resilience I thought would protect me.”

After weeks of research and reading, seeking professional advice, regular rest and exercise, Brett was able to identify where he needed to be.

“I eventually moved beyond that point of ‘stoic resilience’ and, with time, started trail-blazing a new path of personal growth toward antifragility. It was liberating.”

From Brett’s own study of antifragility and applying it to everyday situations, he identified antifragility as being best described in many athletics and sport endeavours.

If you want to be competitive at sport, you train hard enough to make it into the A grade team selection and fit enough to support your teammates without injury or fatigue for the whole game – that’s resilience; however, if you want to win the game, you train to be the best, anticipate setbacks and opposition’s moves, and you WIN THE GAME. Michael Jordan never trained to be resilient – he played single-mindedly to win, individually and as part of a cohesive team. He chose to be the best by navigating beyond every obstacle put before him. He studied his opponents until he worked out how to win before the next game even started. That is what Brett identifies as the ethos of embracing antifragile principles.

The principles of antifragility can provide the overarching flexibility to be used to restore and improve personal strength on a biological, psychological and emotional level. Just like regular exercise strengthens bone density and muscles, antifragility certainly helped to provide Brett with the extra tools, direction and confidence to overcome and thrive beyond PTSD.

“I continue to reinvent myself beyond my previous 100% – there is always something new to learn and grow from each day.”

Antifragility in Business During Covid-19

Some iconic examples of current antifragile thinking from intrapreneurs across Australia during 2020 hardships have already gained much media attention. By rapidly identifying possible negative impacts on their businesses through the impact of COVID-19 and its associated ‘wicked’ ramifications, we have seen many new, brave and bespoke ideas materialise into solutions, to not only protect one’s business during COVID (resilience), but reposition businesses to re-evaluate, diversify and flourish throughout and beyond the lifecycle of this prolonged predicament (antifragility).

Two such ‘home grown’ success stories come from Pharmavet products in Carole Park, Brisbane, and another from Clarke Murphy Print, based in Chatswood, Sydney.

The new product was an instant and popular success, ensuring continued work for his staff during the COVID era, while also opening up product exposure to other new businesses. This exposure in a parallel market has since provided several new wholesale customers for many of his new and existing high-quality pharmaceutical products. 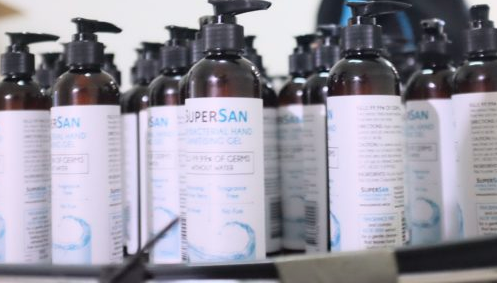 Benn Murphy from Clarke Murphy Print identified the same wave of issues with COVID. During this time when his children had to be home-schooled, his family couldn’t find desks to buy due to unprecedented demand. This issue sent Benn back to the drawing board (excuse the pun) and, with the assistance of another cardboard sign supplier, created Build-a-Desk,  designed especially for kids. A website was created and DIY heavy-duty cardboard slot-together student desks were produced and ready as flat-pack products for worldwide delivery to your door.

Soon after, increased demand and customer feedback saw even more child-friendly buildable products being created alongside Build-a-Desks – such as castles and cubby houses. Their calm resolve and creative, intrapreneurial passion have ensured the success of a wholly new and very popular product line to enhance Clarke Murphy’s business.
There are many other proud Australian companies who have similar stories, however these two vastly different businesses are emblematic of home-grown businesses that identified a looming and very real threat to their futures, yet rather that becoming disempowered, they refocussed and empowered themselves through agile intrapreneurial thinking, identifying wholly new products that could flourish in a vastly new and growing environment and took a step into the unknown to produce successful and lasting goods and services. For more examples check out my LinkedIn article from last month.

Each company independently created antifragile responses to survive – then grow – from a wicked and very real problem facing each of their companies.

Here are some intrapreneurial strategies for workplaces to become ANTIFRAGILE and thrive in a world of wicked problems.

1. Schedule time regularly as a manager and leader to step back from working in the business, to quality time working on the business.

Involve staff in Business Continuity Planning meetings from all areas from your business (including external associates such as trusted suppliers and wholesalers) to have an equal and valued voice in future risk-mitigation and trend awareness or diversification to build antifragile business frameworks.

3. Live in ‘experimental mode’ – nothing is ‘set in stone’. Every step is just another link in the chain. Do due diligence but be prepared to try new things – this can seem a bit risky, but ironically NOT being prepared to take a risk can be even riskier.

4. Look downstream – how will this decision/step play out over a month, a year, 2 years? Consider the randomness of ‘outlier’ issues such as COVID-19 that could impact your business at any time, then canvass ways to overcome them before they impact you.

5. Be proactive and seek timely advice from industry experts to build experience in creating intrapreneurial solutions to business issues before they become problems.

NOW Is the Time for Antifragile Intrapreneurship Strategies
In mid-2020 as Australia officially enters into its first recession in 30 years, it has never been more important to revisit our current business practices and future market strategies, taking time to overview our existing processes with fresh eyes and open minds. As fellow intrapreneurs, we can reassess, realign and forge forward to overcome wicked problems to flourish in both our business and personal lives.

Thanks for reading to the end.

Join the Global Intrapreneurs Institute to build your skills as an intrapreneur, hear from global thought leaders every month and position yourself for the future. Join us while we are still in Beta mode (till June 30) to become a FOUNDING MEMBER.

Every month we have a global industry leader run a masterclass with our members. This month, we are hosting one of the gurus from the world of HR – JIM LINK. Jim is the head of HR for Randstad, North America – one of the leading recruitment firms in the world. In his role as Chief Human Resources Officer, Jim oversees Randstad’s human capital strategy and manages the company’s HR initiatives for over 125,000 employees. He has been named HR executive of the year in the American business awards and is a regular contributor to Forbes, Intrapreneur Magazine and other high-profile publications.
These monthly masterclasses are absolute GOLD. Our members say that just one of them is worth the entire cost of annual membership ($97 for the year!) – and we have them EVERY MONTH. There are heaps of other benefits too – check out the website.

Build your organisation’s innovation capacity right now when it is needed the most! Uncover the hidden innovation talent in your workforce and harness it to skyrocket team effectiveness, create new products and transform customer experience through innovation.  Visit Swarm Vision or reach out to me if you’d like to know more.